Armstrong Ngcobo: from trainee-student to SAA executive to glass entrepreneur

He describes 1985 as a ‘very scary time’ for a child attending Kopanang Senior Secondary School in Witbank. Those were the dark years of apartheid for Armstrong Ngcobo, where volatility and violence forced his school to close for extended periods, requiring him to repeat Standard 8 (Grade 10). On reflection though, he says, despite the difficult circumstances, he felt grateful for the opportunity to attend school and believes that the quality of education was good at the time.

Eating an elephant one bite at a time 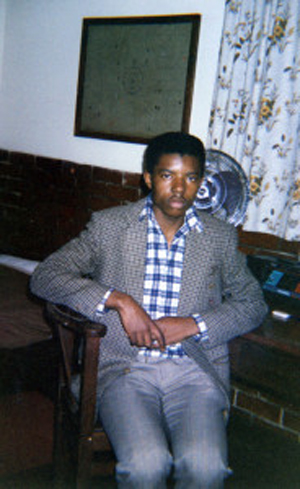 Armstrong’s tenacity and hard work paid off when he matriculated with a university exemption and he was enrolled with the University of KwaZulu-Natal in 1989. Unfortunately however his experience as a student was short lived and he was forced to quit his full time studies after failing his first year of Bachelor of Commerce (B. Com.). Faced with a student loan and insufficient cash reserves to repeat, Armstrong was thrown a lifeline when Eskom offered him a vocational job, which would enable him to work and study simultaneously. True to his ambitious spirit, Armstrong grabbed the opportunity with both hands.

Initially he worked as a trainee at Dubha Power Station four days per week and attended classes one day per week at a college run by the SA German Chamber of Commerce and Industry, to earn a diploma over two years which would contribute to his B.Com. After a gruelling eight years of work and part-time study, his gritty determination and persistence paid off. In 1998 Armstrong Ngcobo finally graduated with his B.Com, a feat he likens to eating an elephant in bite-sized pieces. During his graduation ceremony, he recalls feeling ‘goosebumps’ and thinking ‘now I’ve got the key, I’ve got my degree and I can do anything’.

Armed with his ‘ticket to ride’ it was not long before Armstrong’s career took off. By 2008 Armstrong had risen from various junior procurement positions to the heady corporate title of Chief Procurement Officer at South African Airways (SAA), managing a team of 52 staff. In 2011 however, Armstrong got caught up in a leadership restructure at the parastatal and took the decision to resign.

Out of work, Armstrong realised that he had two choices – wait for a corporate executive senior leadership position to come up, which were in short supply, or create his own destiny and start his own business.

It was the unchartered territory of creating something new that won him over. Enticed by the idea of owning a franchise, Armstrong bought into a new national glass provider pitching a promising business case. The decision to invest turned out to be the first of many painful entrepreneurial experiences, when it quickly became evident that the provider was in fact selling lies and went into liquidation less than 18 months later. R250,000 poorer, Armstrong had no choice but to start knocking on doors to generate his own business leads.

After three years of barely keeping his head above water, Armstrong attended a business breakfast organised by Alexander Forbes Insurance (AFI). It was during this event that the AFI team recommended Armstrong approach My Glass and soon after, Mzansi Glass was signed up as a licensee under the brand of My Glass Centurion. 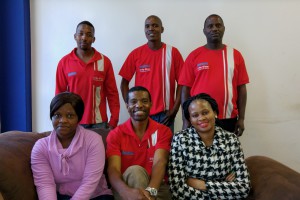 Armstrong says the move to My Glass gave him the muscle that he desperately needed to take his business to the next level, and enabled him to increase his credit limits. Today, My Glass Centurion employs a team of six fitters, some of which have been trained on the job. A loyal team, Armstrong credits much of the more complex work to his chief fitter, Felix, who has been with him since 2012. Armstrong’s philosophy in business, he says, is to ‘treat your suppliers well and keep service delivery top notch’. He is positive about the future of his business, citing My Glass’s B-BBEE strategy as a ‘game changer’. 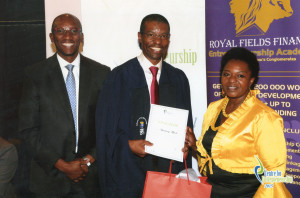 Armstrong has since obtained a B Com. Honours degree from UNISA and recently graduated with a diploma from Wits Business School in New Venture Creation. Looking back Armstrong says he is grateful for the skills that he developed early in his career when employed at Eskom. Giving the gift of a skill, he says, is the best way of giving back to our South African communities, where many of the social ills can be attributed to boredom amongst the youth. For his own kids, Armstrong says that he is unrelenting in encouraging a culture of financial savings, just a little every month. His hope is to support his kids in their own aspirations, whatever they may be, but help them understand never to take opportunities for granted and recognise that there is no substitute for hard work.